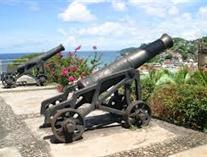 This is the easiest waterfall to get to in Grenada, with a well tended path which is lined with local fruit trees and flowering plants. It is also one of the smaller of all the waterfalls, and is a favourite stop off point of interest for bus tours. A 30-feet waterfall in a grotto of lush vegetation with a pool beneath the falls that's deep enough for a swim.

Annandale sits on the outskirts of St. George, and is easily accessible by public transportation.  Restroom facilities are available also nearby shopping area.

Located on two incredible miles of white sand and sunshine, this sheltered bay has become a favorite for both visitors and locals alike. This beautiful beach is heavily featured in advertisements about Grenada and its islands, and is located conveniently next to several major hotels and restaurants. Grand Anse is also well known for having the most serene and calm conditions since the beach is located on the western leeward side of the island sheltering it from high waves, strong currents, and winds. So, if you are looking for a beach with attractions, then this is the one for you. Grand Anse beach in is also the perfect place to explore the water. There are opportunities for everyone from the casual scuba diver, to the adrenaline junkie who thrives on water sports.

Satisfaction is Key with Gifted Taxi and Tours Services, so let's ride in Comfort! 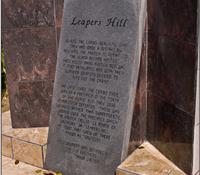 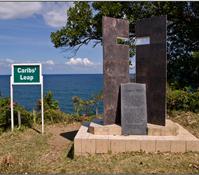 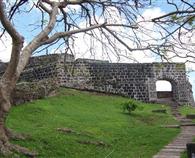 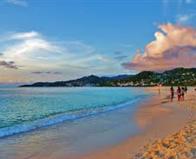 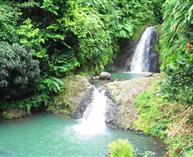 Along with three other forts, one just next door and eminently visitable, though not in good condition (the Americans bombed it in 1983), Fort Frederick was started by the French to secure their position after they had so easily captured the island from the British in 1779. The French had confounded the British (who had been anticipating a naval attack) by attacking from inland. Not wanting to be caught out in the same way, the French constructed Fort Frederick with its cannons facing inland, rather than out to sea, earning it the nickname "Backwards facing fort." Fort Frederick gives you a bird's-eye view over miles of green hills to the north and east of the city.  Built on Richmond Hill by the French in the 1700's, it has a water reservoir used to supply the prison, and mental hospital in the 70's. There is a also a weather station on the top of the fort. 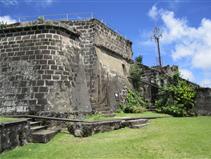 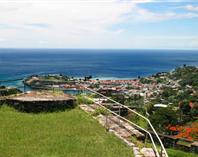 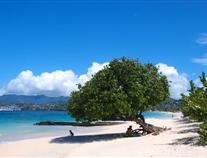 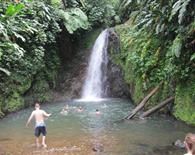 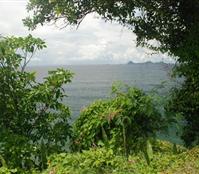 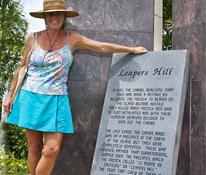 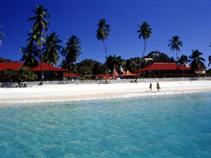 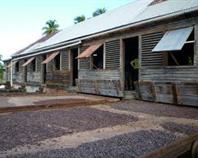 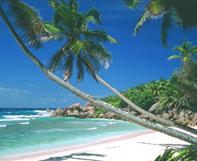 Leapers' Hill or "Le Morne De Sauteurs", located in the northern part of the island where the Atlantic ocean meets the Caribbean, was named so by the French settlers after the indigenous Carib Amerindians, were defeated by the French for possession of the island.  Directly north of the town of Sauteurs is a steep cliff face that descends vertically into the sea for more than 100 feet. It was from the top of the cliff that Grenada's last remaining Carib Indians hurled themselves in 1651, preferring suicide to domination by the French. Leapers Hill is now a Tourist attraction sight for our visitors. ​ 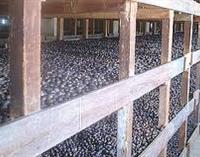 Grand Etang Lake is a tourist attraction sight located in St. Andrew's, Grenada which is to the north of the Island. Surrounded by a rain forest, the lake is located in an old crater approximately 1,700 feet above sea level. The rain-forest around the lake holds a stupendously rich diversity of flora and fauna. Colorful tropical birds, tiny frogs and lizards, and rare orchids punctuate the dense rain-forest vegetation, and the trails meander around the area's stunning waterfalls as well as the azure waters of Grand Etang Lake.

The Dougladston Estate is just outside Gouyave, about two thirds of the way 'up' the Island as you go up the west coast from St. George's. Just before you enter the fishing town of Gouyave, there is a bridge.

A boucan is a building with huge drying trays on rails, so that the trays can be pushed under the building if it rains, and both pushed under and locked up at nights. What is on the drying trays depends on the time of year: it may be mace, cocoa, cinnamon, pimento, cloves. Inside the building, you will be led to a table where you will be invited to 'scratch 'n sniff' the leaves of a succession of twigs and guess the different spices.

​Dougladston will introduce most of Grenada's spices to you. You can buy several spices, including nutmeg, vanilla, cinnamon and cloves, at Dougaldston Estate, which is one of the island's oldest and largest nutmeg plantations.

A rain forest trek takes you to the first of the Seven Sisters, and a chance to invigorate yourself in the cool fresh mountain pool that flows into the Great River. Explore deeper into the rain forest in search of the other Six Sisters.

It is an adventure to behold. Getting there is the joy of it as you traverse beyond the first falls along rugged trails and enchanting surroundings to reach the last sister. A guide is advised. Hiking through seven sisters waterfall is a very great adventure. It will take you through a private plantation where you will get the chance to see cocoa, nutmeg and banana trees and how they are grown.

The hike to the falls only takes about 45 minutes, and you will pass through parts of the rain forest to get there. The pools at the foot of the falls are quite big, and the swimming is very refreshing as the water is cool.